We use cookies to ensure that we give you the best experience on our website. If you continue to use this site we will assume that you are happy with it.Ok
Home Lifestyle

How to help yourself if you got stuck in emotional eating circle?

Emotional eating is a situation where a person eats not because he has an empty stomach, but because he is currently experiencing some emotion, usually negative. This pattern of behavior is more prevalent in women and has been exacerbated in the current global crisis because being at home there is a faster and more convenient access to food.

How to know if you are an emotional eater?

Emotional hunger is something that can be recognized in following situations:
– appetite and hunger appears suddenly and especially when you are experiencing a wide range of emotions, usually during stressful situations;
– craving sugary and high-fat foods;
– while eating, a person feels satisfaction and happiness, but after eating, feeling of guilt may occur;
– at the moment when emotions take over, it is impossible to say “NO” to food..

What are the risks?

One of the risks is definitely the risk of deteriorating mental health (anxiety, panic attacks, depression). Another risk is related to physical health. Several studies show that emotional eating is often accompanied by obesity, which increases the risk of cardiovascular disease and diabetes. Emotional eating can also lead to various eating disorders.

Is there a way out of this vicious circle?

The first step is to become aware of the problem and talk to someone about it. In order to understand your feelings better, I recommend keeping a food diary, where you can write down all the meals eaten during the day, including snacks and sweets. In addition to the food diary, I also recommend keeping an emotions tracking diary, where you can write down all the negative and positive emotions you experienced during the day. Thanks to diary entries, it is possible to discover certain patterns. For example, you may find that every time you have had to work overtime, you felt sad because you could not spend enough time with your family and that caused binge eating. Patterns that are repetitive are predictable, and next time you can prepare yourself better and try to have a different approach or solve the situation in a better way.

Regular and planned meals may help to overcome binge eating. Prepare a daily meal plan and eat every 3-4 hours. It is recommended to have 3 main meals and 2 snacks during the day. A longer break between meals is not recommended, as there is a chance that you will feel very hungry and eat more than you should during the next meal. A regular diet is also important for stabilizing blood sugar. When blood sugar level is stable, there is less stress in the body and stress can trigger emotional eating. It is important that the daily energy need is fulfilled and that there is enough food. Since the limbic system of the brain is largely responsible for emotions, from the point of view of brain health it is worth focusing on consuming healthy fatty acids – for example, eat 1-2 handfuls of nuts or seeds every day, eat fish 3 times a week (contains essential fatty acids EPA and DHA), consume high quality extra virgin olive oil, eat avocado. On a daily basis, the menu should also include some foods containing omega3 fatty acids, such as hemp seeds, flax seeds, chia seeds and cold press oil made from them. 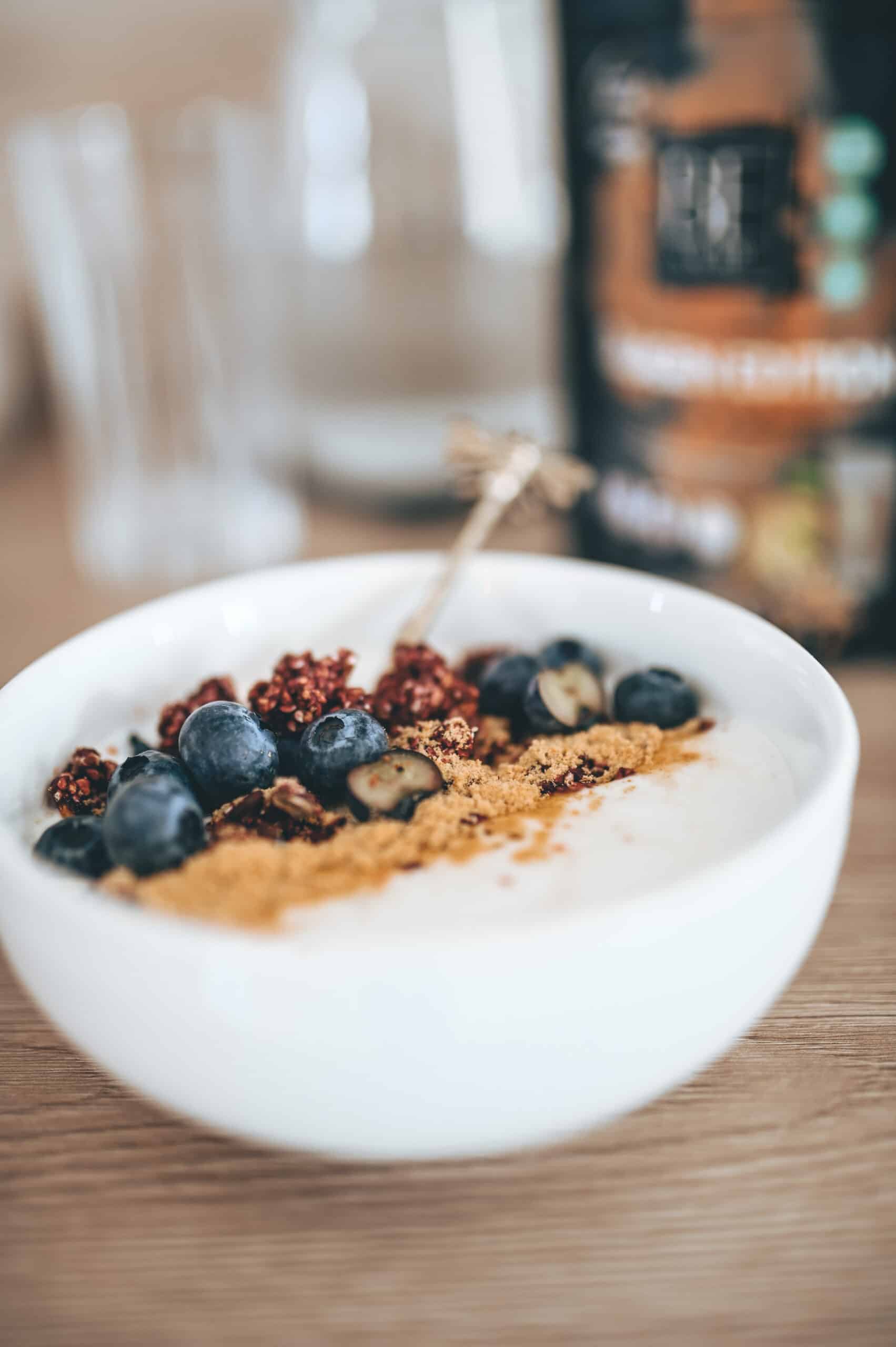 It is not recommended for those who are overweight to follow a strict hunger diet, as the level of the hormone ghrelin, also known as hunger hormone, rise high and cause an irresistible feeling of hunger. After that a cycle of stress in our brain activates a “fight or flight” reaction, and in this state it is difficult to control our emotions. The brain remembers previous patterns, and if you have been consuming some sweets during such a stress cycle previously, then there is a high probability that the behavior pattern will be repeated.

Brain serotonin level is also an important factor in eating behavior. Low serotonin level may cause increased appetite. To increase serotonin level, foods must contain slowly absorbed carbohydrates (such as cereal products) and group B vitamins. It is recommended to avoid the excessive consumption of coffee, black tea and alcohol.

There are many other lifestyle habits that also deserve more attention: regular and moderate physical activity, adequate sleep time, experiencing positive emotions. Brain scientists say that even artificially generated positive emotions (such as looking at yourself in the mirror while smiling and thinking about some joyful event) increase the levels of happiness hormones.

Before you grab the meal which was not planned, take a break and analyze the situation:
– think about your emotions (give your emotion a name and describe it);
– think about exactly in which part of your body you feel this emotion;
– think is it really hunger or just an inexplicable appetite.

Drink a glass of water and continue analyzing the situation, it may be also helpful to close your eyes and try some simple meditation techniques. If you feel that your stomach is really empty and you want to eat, then eat. Just try to choose a healthier meal. When eating, do it slowly (the speed of eating also affects the levels of hormones and ghrelin), think about every bite and tastes what you feel. Never eat in a hurry and working at the same time. Do not feel guilty after eating, just remind yourself that your body is demanding some food right now and it is a normal process.

In BeMore e-shop, you can find a complex of B vitamins which contains all the important B vitamins to support your emotional health and nervous system. B vitamins are extremely important for the brain because they are involved in the production of both energy and serotonin, and B3, B6, B12 and folic acid control an important process in the body – methylation (important for the brain and mood).
Ashwagandha root powder is also intended to be used to reduce anxiety and relieve stress. Ashwagandha, often known as Indian ginseng, is an important component of traditional Indian medicine in Ayurveda, as it has been valued since ancient times for its hypnotic, sedative and antiseptic properties. 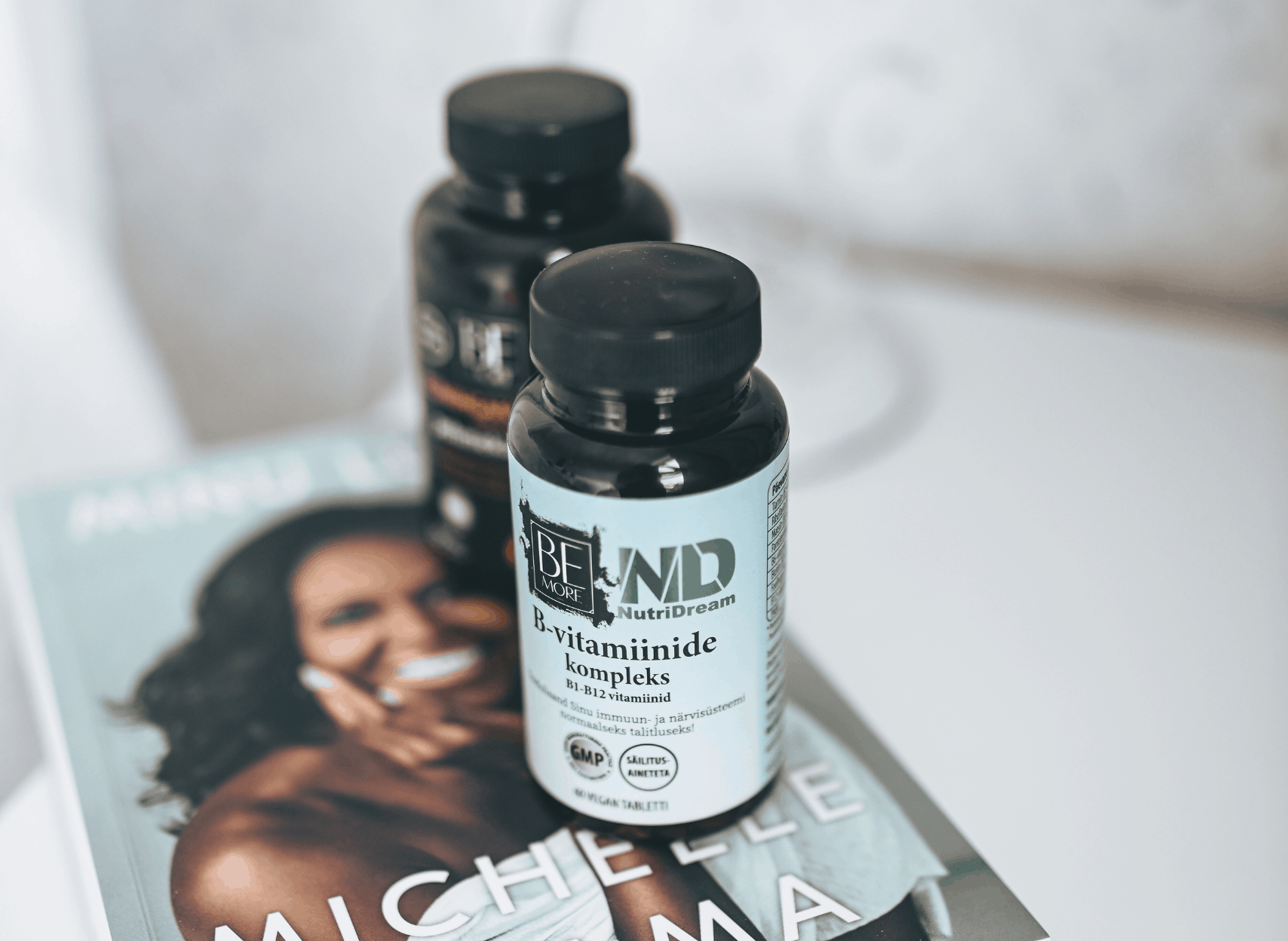 Everything you need to know when choosing collagen products

How to strengthen your immune system?

March 18, 2021 / 95 / 0
The current period of isolation is great for paying more attention to your body and mind and strengthening your immune system. Here are some simple... Continue reading

February 17, 2021 / 384 / 0
Pau D’Arco has become a very popular product in recent years, especially during the period when fighting viral diseases. It is an effective natural food... Continue reading

January 26, 2021 / 81 / 0
There is more and more talk these days about Detox superfoods and diets – it often doesn’t explain what this lifestyle really means. There are... Continue reading

Why are B-vitamins important?

December 10, 2020 / 76 / 0
Vitamins are essential micronutrients that are needed in very small amounts. Vitamins must be consumed constantly because they do not build up the body’s long-term... Continue reading

How to help yourself if you got ...

Everything you need to know when choosing ...

How to strengthen your immune system?

By doing these things you connect to ...

Protein – building blocks for the body

Superfoods – an in-depth look at them

Smoothies – what are they and how ...